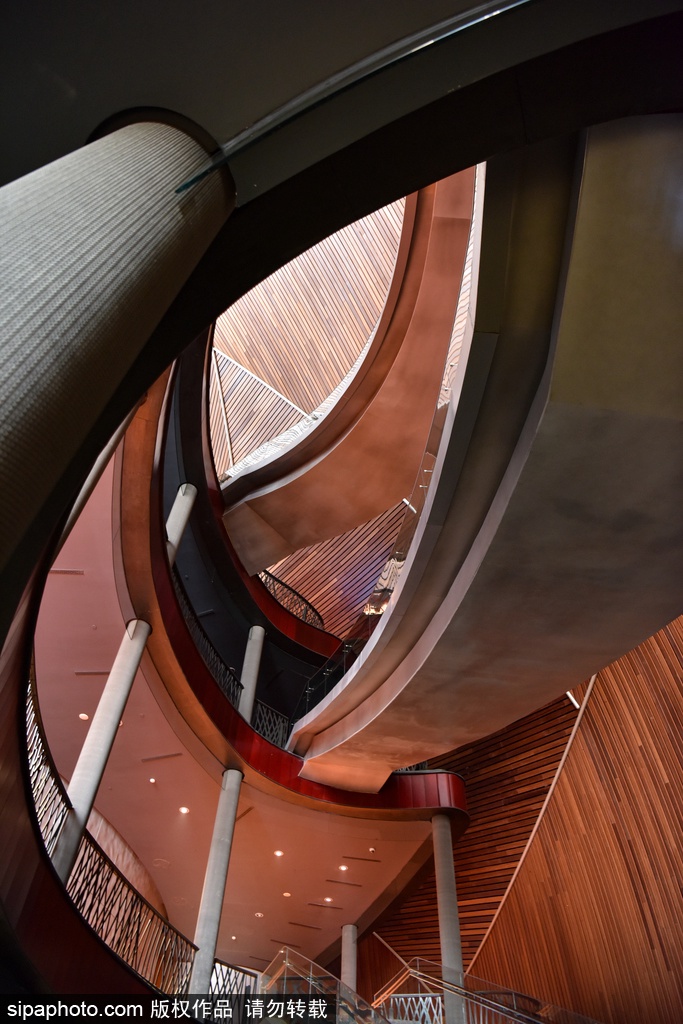 A drama using light and shadow

Following the story of a boy who chases his dream and love against all the odds as became father, Attraction's dancers used body shadow, blacklight, and video mapping to present the deep relationship between parents and child, and husband and wife.

By twisting their bodies and fully using the distance between the lights and the screen, the shadow dancers created various shapes, such as a tree and a house as well as letters, to illustrate the plot of a boy born and raised in a happy family.

The boy longs to be a race car driver like his father. In his dream, fluorescent faces, hands and human figures reflecting ultraviolet light, or black light, pop up in black curtains on a darkened stage, creating a world of fantasy.

The story progresses via shadow dance as the boy completes his studies and finds his true love. But in a heavy storm created using video mapping as a background, the two lovers stepped in front of the screen to face fierce wind and flood together but lost touch with each other in the end of the act.

The show that blends modern dance with the art of light and shadow is full of imagination and creativity, winning acclaims during their first tour to several cities in China.

The Attraction is not unfamiliar to the Chinese people. Not long after the group shot to big fame by winning the "Britain's Got Talent," a British talent show, in 2013, it was invited to the 2014 CCTV Spring Festival Gala, the most-watched live TV program in China, to perform shadow dance.

Their dance "Symbols of China" displaying panda, the Great Wall, and Terracotta Warriors and others won the affection of the Chinese audience, and four years later they were invited again to China to attend the CCTV Mid-Autumn Festival Gala to re-interpret Chinese mythology of "The Goddess Chang's fly to the moon."

Although this performing art seems new, it can trace back to ancient times in China more than 2,000 years ago. No matter it is a shadow, blacklight, and video mapping, all is originated from shadow puppetry.

It is said that the first shadow puppetry was created in China to entertain the emperor. The beloved concubine of Emperor Wu of Han Dynasty (202 BC-220 AD) died, and a magician promised to call back her spirit by projecting a curved stone's silhouette on a curtain with candlelight to simulate her figure.

Since the 13th century, the art was spread to Persia in the west, through the Middle East to Turkey (Ottoman Empire), and further to Europe. In 1775, Italian shadow showman Amrogio (also known as Ambroise) gave what was called "Chinese Shadows" in Paris and London and opened the earliest shadow theater in Western Europe.

Shadow theaters gained popularity and spread across Europe in the 17th century, inspiring Europeans to do experiments with projected light and shadow. Their innovations include technologies for projections of light from the magic lantern, which replaces puppets with slides, halogen lamps, to video projectors, as well as technologies of vision from camera obscura, photography, to cinema.

With the emergence of modern dance at the turn of the 19th and 20th century, the art was merged with theaters to create a new expression.

The 1950s saw the modern black light theater coming into being; the modern shadow theater started to present storytelling through body language other than puppetry and hand shadows, and the combination of real-time modern dance performance and immersive 3D video mapping became more commonly seen in any performance with the advancement of light projection technology.

Themed with the culture of the Song Dynasty, Shehuishan Jiayou Spa Hotel learns the business model of Ooedo-Onsen Monogatari in Japan.

A thousand people from the Chinese community in New York gathered at the "Hello Panda Festival" site neighboring Citi Field in Queens, forming a flash mob to celebrate the Beijing Winter Olympics.